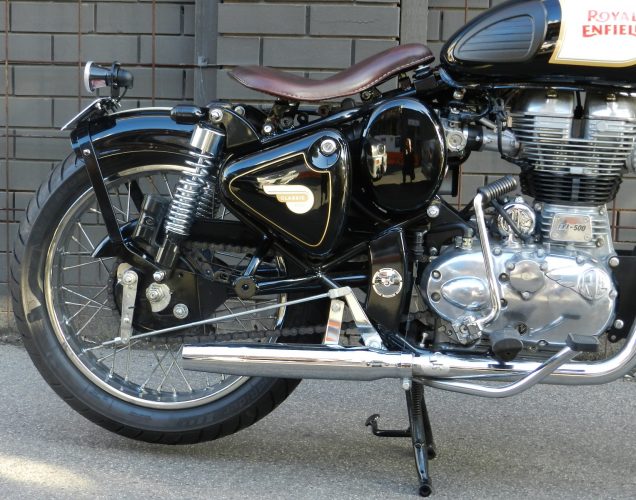 Mid Life Cycles helped Royal Enfield Classic 500 owner Jesse turn an unlucky break into a custom Bobber after his bike was belted from behind while stationary at a stop sign. Fortunately, Jesse was uninjured and damage to the bike was largely confined to the rear guard and a few scuffed parts.

We’ve had a number of Royal Enfields brought to us for crash repairs and we’ve found insurance companies generally very responsive and parts availability good, particularly for the current Royal Enfield models.

For Jesse’s bike, it was a case of repairing what was needed and assessing what could be done for a modest extra outlay on his part. So we “bobbed” the damaged rear guard and asked our gun fabricator Paul of Fabwell to make a sturdy bracket to mount the modified guard and a small tail/stop light unit. It was then a matter of fitting one of our custom leather seats (this one in a tasty cherry red/brown) on short unsprung mountings, wiring in a set of custom indicators, deleting the standard front guard and fitting a neat tapered turbo muffler.

And there it is – a budget Royal Enfield Bobber that’s an everyday fun ride. 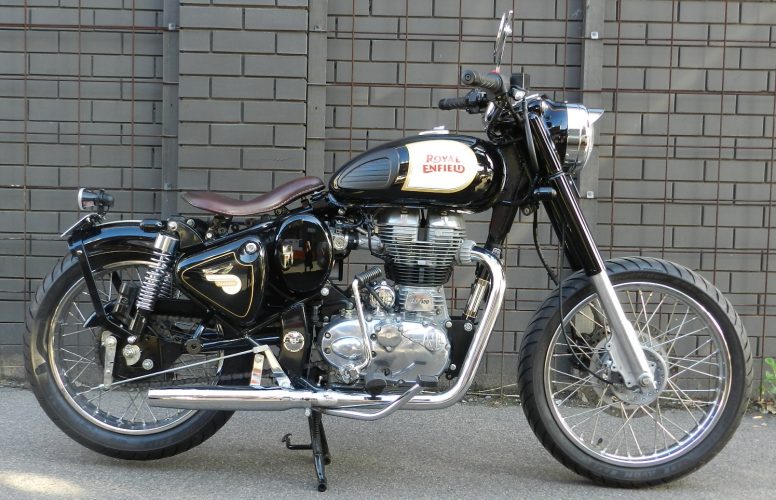 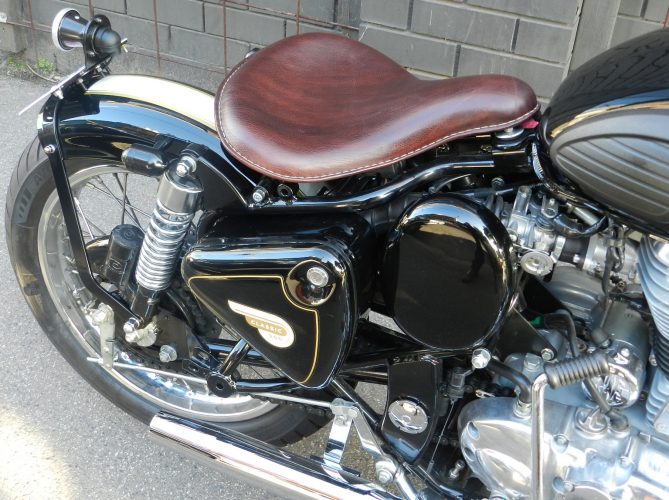 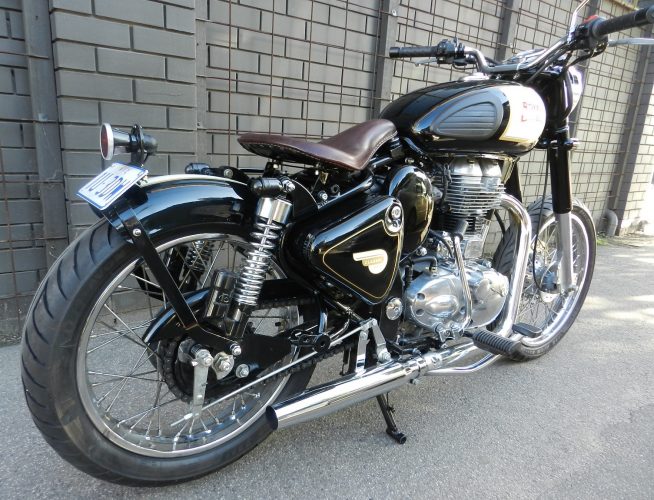 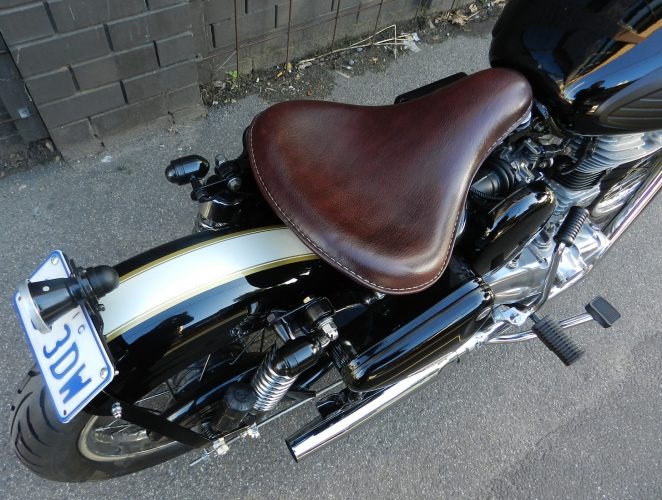 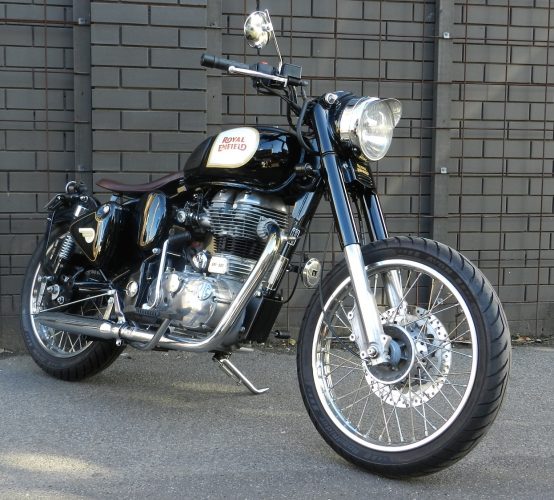 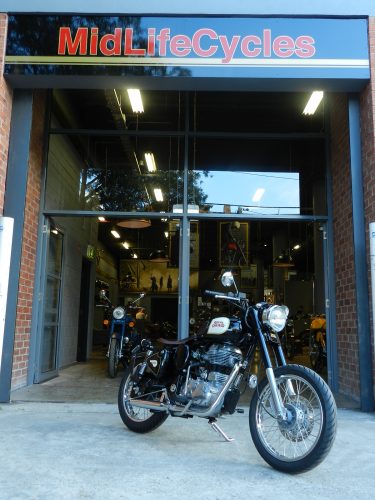